A place to chat about all things Eastern Counties Footy.

With a full league programme and no cup competitions this weekend, Haverhill Rovers are the club that have an afternoon off, but there are plenty of intriguing games in the Premier Division happening.

BRANTHAM ATHLETIC V KIRKLEY & PAKEFIELD
The home side head the form table for league fixtures in October but have suffered two setbacks in the last week. On Saturday they made their exit from The FA Vase and in midweek suffered a similar fate in the League Cup at Hadleigh. They still have a 100% league record for the month and will want to extend that here and get back to the winning habit. Their visitors have won just once on the road in the league although they did make progress in the league cup in midweek on foreign soil. They have picked up just one point from their last five league games but that was against the current league leaders so they will be up for this match as they look to climb the table

CRC V FC CLACTON
If the Scholars could reproduce their away form on home soil they would be sitting close to the top of the table but just one win at The R. Costing’s Abbey Stadium sees them sitting mid-table, they have been involved in plenty of high scoring encounters with their last five league game producing 21 goals of which they have scored 11. Their visitors picked up straight wins in all competitions before losing their last league game followed by an exit from the Vase, but a mid-week League Cup win will have bolstered their confidence for this trip.

GORLESTON FC HADLEIGH UNITED
The Greens current form is good, league results are good and home form is good, they have won their last four games, including three in the league so they will be happy to take on any side at present. Hadleigh have been enigmatic to say the least, injuries have not helped their cause but their manager has been busy in recent weeks trying to bolster his side, they did win on the road at Gorleston’s nearest neighbours last week but this match will be a tougher proposition against a side who have lost just once at home.

NEWMARKET TOWN V DEREHAM TOWN
At the beginning of the month this would perhaps have been an away banker, the visitors still head the table but their record no longer looks untarnished. Newmarket have hauled themselves off the foot of the table with a couple of good results and out of the relegation positions but their form has slipped back in the past couple of weeks with four defeats and a draw from their last five games. Dereham crashed out of the Vase last weekend but made progress in the league cup in midweek and they will be looking to get back on track here.

NORWICH UNITED V WISBECH TOWN
Unencumbered by the FA Vase, The Planters had the chance to go second last weekend but fell to a shock defeat at Broad Lane as Wivenhoe ran out 2-0 winners, they recovered in midweek, but struggled against another side in relegation problems finally winning through in the League cup after being taken to a penalty shoot-out by Walsham Le Willows. The Fenmen have taken ten points from a possible 12 in recent league games and have progressed in both the Vase and League Cup in the last week with Walsham being one of their victories so are in a good vein of form at present.

STANWAY ROVERS V DISS TOWN
The home side are the team few would fancy playing at present, especially at The Hawthorns having gone ten league games without defeat and no home loss in two months. They present a tough encounter for any side and this could be a difficult afternoon for their visitors. The Tangerines will be happy with the start to life back in The Premier Division sitting comfortably mid table and their away record reads better than their home, but they will need to be at their best to take any points away from this game.

WALSHAM Le WILLOWS V FELIXSTOWE & WALTON UNITED
Another difficult game to call, all but one of the home sides points this season have come at Summer Road, while The Seasiders have picked up three wins on the road. The Willows have had a bad week going out of both the Vase and League Cup while their visitors have had success in both competitions but the home side have drawn their last two in the league while the Seasiders have lost four of their last five league fixtures.

WIVENHOE TOWN V GT. YARMOUTH TOWN
The two bottom sides meet for the first time this season having accrued just eleven points from a possible 90 between them. The impetus lies with The Dragons who won last time out having picked up just one draw in the previous eight games. The Bloaters are on a six match sequence of league defeats but have two games in hand over the side immediately above them, although a win here would keep them bottom on goal difference. This has to be Match of the Day purely based on what rests on the result.

WOODBRIDGE TOWN V MILDENHALL TOWN
The Woodpeckers sit in a comfortable mid-table spot and are unbeaten in four league games including a 6-1 thrashing of Hadleigh in their last league outing. The ‘Hall suffered a similar result in their last league fixture against the current leaders Dereham but they have knocked Wroxham out of the Vase since then and progressed in the league cup so will be ready for this encounter. The Woodpeckers have won, drawn and lost two at Notcutts Park, scored and conceded 14 while Mildenhall’s goal record on the road matches the Woodpeckers scoring ratio exactly.

WROXHAM V ELY CITY
Nervy times at Trafford Park for one of the favourites for both the League and The FA vase, aspirations in the latter have now gone and two defeats in the last four league games has put a dent in the former. Having gone 15 unbeaten in all competitions the Yachtsmen have now lost four of their last six, but they are made of stern stuff and are always a dangerous adversary. They may not have taken this match by choice given the opportunity as their visitors are looking a formidable side themselves, they have put together a nine match unbeaten run in the league including seven wins and went out of the league cup in midweek by a single goal at Aldiss Park.

Don't know what you mean Mike!

Does anyone still use this preview in their match day programme/website?

welshwatcher I wish you done ones on division 1 .

Nuts 10 wrote:welshwatcher I wish you done ones on division 1 .

Oh that I had the time "Nuts 10" ... I promise it take more than five minutes to knock it up and just a tad of research. Also not following a side in Division One makes it extra involved as I don't really follow it day by day. There was a guy that used to do it, which is why I started doing the Premier Division, but he disappeared, don't know where.

I also have another little project which takes up a few minutes a week at
http://www.felixstowefootball.co.uk

and of course a full colour match day magazine.

The luxury life of us pensioners eh, we've never had it so good!

the great Welshwatcher said.... 'Does anyone still use this preview in their match day programme/website?'......

It's an essential and integral part of my BIG MATCH build up on the Rovers website both home and away. Since I've been 'stealing' it off the forum for the website it must have put at least another 2 on the Hawthorns Saturday gate

not that it is reported on the Mitoo page

Unfortunately just a tad too late to make the programme run.

Seriously - many thanks oh great one for your spot on observations.

Does anyone still use this preview in their match day programme/website?[/color][/quote]

Don't do the programme but it helps me decide a lot of results in the prediction league.

Not thought of that. Think I might use this on our website with credit to WW obviously, if thats OK? 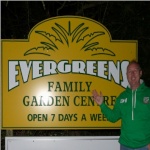 I've not used it in my programme yet this season due to lack of space, but rest assured it will be making an appearance before too long and much appreciated it is too!

It appears in every Woodbridge Town (Saturday) programme and very grateful I am for two pages of timely and interesting content, Thanks again!